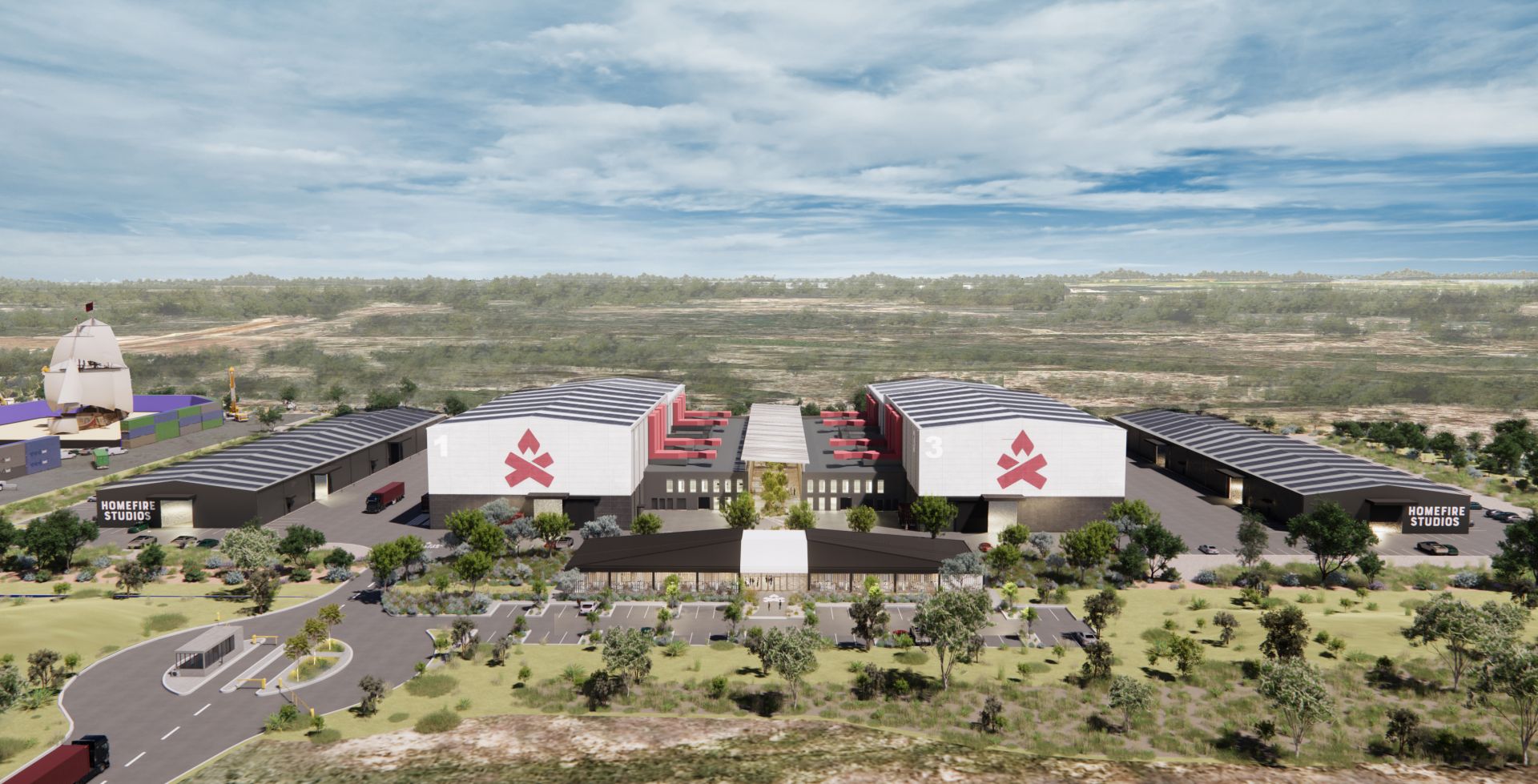 A significant catalyst for the growth of the local creative industry in Western Australia, the world-class Home Fire film studio will shine an international light on outstanding local talent, bring artists home, and draw global talent to the state.

Western Australia’s Premier, the Hon. Mark McGowan has announced the site for the world-class Home Fire film studio this week in Perth. Our design for the production studio will be located in the vicinity of the new Malaga Metronet station precinct in the capital’s northeast.

“Having a world class screen production facility right here in Perth will make our state an even more attractive proposition for investment in interstate and international productions,” says Mr McGowan.

Principal Peter Dean says:​“Our overarching design approach is to create a sense of place and a world-recognisable creative arts precinct while also allowing our local creative talent to thrive. Sustainability is at the heart of the design development with our aim for it to be the most sustainable studio facility in the nation once complete.“