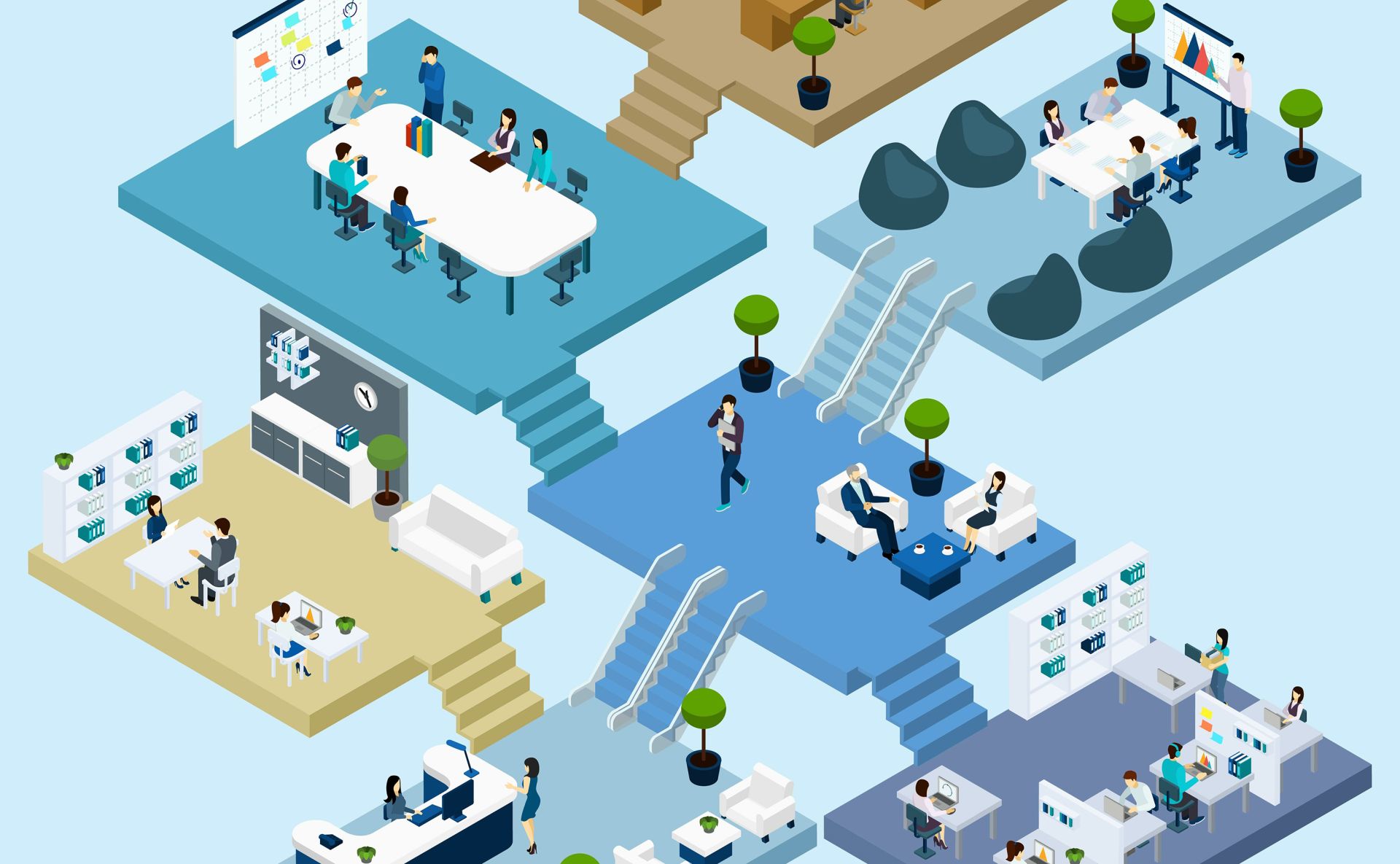 Our annual survey of 2300 office workers in Australia, Singapore, the United States, and the United Kingdom provides important clues about what people want from their workplace when life goes ​“back to normal”.

Across the world, companies are starting to imagine what the workplace might look like after the pandemic and prolonged periods of employees working from home. At Hassell, we didn’t want to just imagine what employees would be looking for, we wanted to better understand their preferences. We recently surveyed 2300 office workers in Australia, Singapore, the United States, and the United Kingdom to get a sense of how people’s attitudes to work have evolved with the pandemic.

We were particularly interested in learning where people wanted to work after the pandemic, what was driving their preferences, and understanding what office buildings could do to entice people back.

Some of this might sound a bit familiar –back in October 2020 we surveyed 800 Australian office workers. A lot has changed both in Australia and across the globe since then so we made a number of updates for this most recent survey, including broadening the geographic spread.

The survey was sent to participants at the end of April and the start of May 2021. We surveyed 500 people in Singapore, 500 in the United States, 500 in the United Kingdom, and 800 people in Australia. The people we surveyed were recruited by our research partner, who carefully selected them to provide a statistically representative cross section of office workers in each country. That is to say, they weren’t Hassell’s friends and family but rather a diverse group of ordinary office workers in each region (or people that would have typically worked from an office prior to the pandemic).

We’ve studied all the responses to the survey and crunched the data to produce four key insights that help explain what the workplace might look like after the pandemic.

1. If the next six months deliver as much change as the last six, we’re in for a ride

When we ran the first survey in October 2020, it looked like Australia was close to getting the pandemic under control. Schools were reopening, businesses were welcoming customers, and offices were once again full of employees.

The landscape was a little different by the time we presented our 2021 survey findings. Unfortunately, things had taken a turn for the worse in Australia. The more infectious Delta variant of COVID-19 emerged and made its way into the country, prompting a series of lockdowns aimed at controlling its spread. Many employees that were working from their office in early 2021 were back working from home.

Things had changed in other parts of the world, too. Countries that were struggling to control the pandemic in late 2020, such as the United States and the United Kingdom, had lifted many of their restrictions and were well into the process of reopening. Businesses in these countries were starting to enact plans to bring employees back to the workplace.

When it comes to the workplace, we have a tendency to assume that the future will simply be an extension of the present. So before the pandemic, when we were working from the office, the idea of ongoing working from home seemed impossible. And during the pandemic, when we were working from home, the idea of everyone going back to the office also seemed absurd. Yet in reality, we see that the primary place of work has shifted rapidly in the past six months. Given how fluid the situation is, companies can’t wait for the data to normalise. They need to test things over the short term in order to develop a long-term strategy.

2. The headlines say that people want to spend 2-3 days at home. Are they right?

There seems to be a consensus emerging that employees don’t want to return to the office full-time, that they’d rather work from home two or three days a week. We were interested in testing whether this was true.

We tested this using two different survey questions. In the first question, we asked people directly, ​“How many days per week would you like to work at home?”

This is the question that many other researchers and journalists used to find that people wanted to work at home two to three days per week. When we asked this question, we got the same results as everyone else. The majority of our respondents said that they wanted to work from home about half the time.

Compared to asking people directly how often they wanted to work at home, the preference test produced vastly different results, with people tending to pick scenarios that have them come into the office more regularly.

These results reinforce how critical it is that we ask the right questions. It’s great that so many companies are surveying employees and gathering data, but it’s important that we’re giving people enough information to make informed choices.

In the preference test, we tested people’s appetite for six different workplace models. We’ve written about these models previously, but in short, they are workplace models that many companies are considering as they began thinking about their post-pandemic workplace.

And finally, we also included a completely remote option (which we called fully virtual).

When presented with these six workplace scenarios, people tended to favour scenarios that either had a lot of flexibility (Clubhouse and Turbocharged ABW), or that saw them return to an assigned desk for the majority of the time (Hub and spoke, and Static and central).

We anticipated that people’s preferred workplace model would vary in each country depending on the pandemic. But we didn’t see this in the results. People in countries that were locked down were as likely to say that they wanted to work remotely as people in countries where employees were heading back to the office.

4. If you want people to come back, you’ve got to nail the basics

We asked people what they’d like to see in their workplaces once the pandemic ends. The participants were presented with a long list of features, ranging from doggy daycare to more greenspace, and asked to pick their top five.

One of the most striking features of these results is that a lot of the high-end, nice-to-have amenities were the least popular. We tend to think of things like on-site childcare, a personal concierge and makers spaces as being incredible workplace perks – and they are – but they’re not things that people generally prioritise. This is possibly because things like on-site childcare only appeal to narrow demographic groups.

The two most wanted perks were free lunch and a shorter commute. Right behind them were a whole host of practical considerations, with people selecting options like more space to focus, more space to collaborate, and better meeting facilities.

Generally speaking there seem to be three things that drove people’s selections:

As companies begin planning their post-pandemic workplace, there can be a temptation to do anything and everything to entice people back to the office. But this research suggests that more than anything, companies should be ensuring that they’re getting the basics right, and that they’re providing the right space for work to occur. Only after this is taken care of, should all the extras be added on.

This Hassell survey provides rich insight to help organisations make data-driven workplace decisions in 2021 and beyond.

Contact us to find out more about the survey and how we can turn insight into action with your organisation.